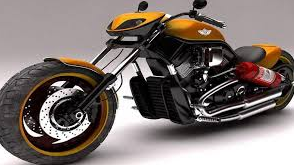 Top 10 motorcycle manufacturer company in the world 2020 |Boom | The global bike industry is highly competitive, and it is dominated by companies in Europe, Japan, the United States, and South Korea. The maximum companies have not got too sales this year compare to last year. The motorbike industry requires massive economies of dales to afford the research and development needed to roll out new models and stay competitive. After record sales in recent years, manufacturers are now scrambling to absorb slumping sales and manage the transition to electric and auto vehicles.
So, now we are going to list the top 10 motorbikes companies in the world. The data is based on internet research. This some of the data is based on 2019, as 2020 data has not reveled as of pandemic.

Yamaha Motor Ltd is a Japanese manufacturer of motorcycle, marine products such as boats and outboard motors, and other motorized products. The company was established in 1955 upon separation from Yamaha Corporation and is  headquarter in Iwata, Shizouka, Japan. The company conducts development, production and marketing operations through 109 consolidated subsidiaries as of 2012.
The company was founded on 1 Way, 1955. Led by Genichi Kawakami, the company’s founder and first president, Yamaha Motor began production of its product, the YA-1in 1955. The 125cc motorcycle won the 3rd Mount Fuji Ascent Race in its class. the company also manufacturer scooters, motorized bicycles, boats, sail boats, personal water craft, go-kart engine,electrical generators and many more other products.
Yamaha’s motorcycle sales are the largest in the world, and Yamaha is the leader in the water vehicles sales.The company manufacturer more than 64 thousand bikes in 2019, and now the company is world leading and most bike manufacturer company as it also deserved it.

Honda has been the world second largest motor cycles in the world. Reaching a total production of 400 million by the end of 2019, as well as the world largest manufacturer of internal combustion engines measured by volume, producing more than 14 million internal combustion engines each year. By 2006 the company had reduced to around 550000, but was still than its three domestic competitors.
It was founded on  September, 1948, by Soichiro Honda and Takeo Fujisawa. In 2017, India become the largest market of Honda in India. In India, Honda is leading in scooters segment, with 59 percent market share. In 1960s, when it was a small manufacturer, Honda broke out of the Japanese motorcycle market and began exporting to the US working with the advertising agency Grey Advertising. Honda was also a joint venture of Hero Moto Corp. by 1948-1998. Honda also participate inn many Racing Motor Championship. Honda Racing Corporation was found in 1982, and have won many championship. Honda provide a quality product to its all user, that make a trust upon Honda and its product.

Ducati Motors is the motorcycle manufacturing division of Italian company Ducati, headquartered in Bologna, Italy. The company is owned by German automotive manufacture Audi through its Italian subsidiary Lamborghini, with Audi itself owned by Volkswagen Group. So, therefore it is owned by Volkswagen Group.
Basically Ducati make sports bikes and it comes under the fastest bikes in the world. It was founded by Antonio Cavalieri Ducati , Adriano Cavalieri Ducati and Burno Cavalieri Ducati. Its parent company is Lamborghini. Ducati bikes are sold in more than 60 countries. The most important thing of this supurb company is that it have won 15 World Super bikes Championship out of last 18 Riders, this shows the power of Ducati bikes. This is not enough as the Ducati have won more championship and a history in bike racing.

Triumph Motorcycles Ltd is the largest UK-owned motorcycle manufacturer, established in 1983 by John Bloor after original company Triumph  Engineering went receivership. The company, initially called Bonneville Coventry Ltd, continued Triumph’s lineage of motorcycle production since 1902. They have major manufacturing facilitates in Thailand. The company is well known as heavy bike, but their bikes have better speed than any heavy bike. The company was a private startup founded in 1983.
It was founded in 1983 by John Bloor, headquartered is in Leicestershhire, England. The company also manufacturer Clothing and Accessories, but well known for bikes. In 1985, Triumph purchased a first set of equipment to begin working, In secret, on its new prototype models. By 1987, the company had completed its first engine. In 1988, Bloor funded the building of a new factory at a 10-acre site at Hinckely, Leicestershire. The first Hinckly Triumps were produced for the 1991 model year. Bloor put between 70 million euros and 100 million euros into company between purchasing the brand and breaking even 2000. During the 2008 recession, Bloor holdings which control Triumph-breached its banking covenants but was able to re-negotiate its loans with lenders.

BMW Motorrad is the motorcycle brand of German company BMW, part of its Corporate and Brand development division. It has produced motorcycle since 1923, and achieved record sales for the fifth year in succession in 2015. With a total of 136,963 vehicles sold in 2015. BMW registered a growth of 10.9% in sales in comparison with 2014, In May 2011, the 2000000th motorcycle produced by BMW Motorrad was an R1200GS. It’s parent company is BMW motors.
The company began as an aircraft engine manufacturer in the early 20th century and through World War 1. BMW manufactured its features a flat-twin boxer engine. BMW Motorrad still uses the flat twin boxer configuration, but now manufactures motorcycle with a veriety of engine configurations. BMW Motorrad motorcycle are categorized into products families, and each family is assigned a different letter prefix. In 2008, BMW introduced the DOHC Boxer HP2 Sport, and entered the serious off-road competition motorcycles market with release of BMW G450X motorcycle.

Harley Davidson is an American motorcycle manufacturer founded in 1903 in Milwaukee, Wisconsin. Along with Indian it was one of two major American motorcycle manufacturers to survive the Great Depression, The company has survived numerous ownership arrangements, subsidiary arrangements, periods of poor economic health and product quality, and intense global competition to become one of the world’s largest motorcycle manufacturer and an iconic brand widely known for its loyal following. There are owner clubs and events worldwide, as well as a company-sponsored, brand-focused museum.
It was founder by William S.Harley, Arthur Davidson, Walter Davidson and William A,Davidson. Its headquarter is in Mikwaukee, Wisconsin, US.Harley Davidson is noted for style of a customisation that gave rise to the chopper motorcycle style. The company traditionally marketed heavey weight, air-cooled cruiser motorcycles with engine displacements greater than 700cc, but it has broadened its offerings to include more contemporary VRSC 2002 and middle-weight street 2015.

Suzuki is a multinational corporation headquartered in Minami-ku, Hamamatsu. Suzuki manufactures automobiles, four wheel drive, motor cycle. In 2016, Suzuki was the eleventh biggest automaker by production worldwide. Suzuki has over 45000 employed and has 35 production facilities in 23 countries. The worldwide sales volume of automobiles is in the world’s tenth largest, while domestic sales volume is the third largest in the country. Suzuki’s domestic motorcycle sales volume is the third largest in Japan.
It was founded in 1909 by Michio Suzuki. Michio Suzuki founded the Suzuki Loom Works  in the small seacoast village of Hamamatsu, Japan. Business boomed as Suzuki built weaving looms for Japan’s invented a new type of weaving machine, which was exportedoverseas. The company’s first 30 years foucsed on teh development and production of these machines.
In 1994, Suzuki partnered with Nanjing Jincheng Machinery to create a Chinese motorcycle manufacturer and exporter called Jincheng Suzuki.

Aprillia is an Italian motorcycle manufacturer founded immediately after World war 2 in Moale, Italy by Alberto Beggio. The company started as a manufacturer of bicycles and moved on to manufacture scooters and small-capacity motorcycles. In more recent times Aprillia has produced large sport bikes such as the 1000 cc V-twin RSV Mile and the V4 RSV4. Aprillia has supported strong  motor spot competition program beginning with motor cross racing and then a world championship-winning road racing program. The company was acquired by Piaggio in 2004.
Aprillia was founded after the second World War by Cavaliere Alberto Beggio as a bicycle production factory at Noale, Italy in the province of Venice. Alberto’s son Ivano Beggio, took over teh helm of the company in 1968 and constructes 50 cc motorcycle. In 1985, Aprillia started  outsourcing engines for some models to Austrian company Rotex. in 1985 Aprillia launched a 125 STX and 350 STX. Aprillia launched AF1 in 1985 that become the world first speed championship on 1987.

KTM is an Austrian motorcycle and sports car manufacturer owned by Pierer Mobility AG and Indian manufacturer Bajaj Auto. It was formed in 1992 but traces its foundation to as early as 1934. Today, KTM AG is the parent company of the KTM Group, consisting of a number of motorcycle brands. KTM is  known for its off-road motorcycles. Since the late 1990s, it has expanded into street motorcycle production and developing sports cars-namely the X-Bow. In 1025, KTM sold almost as many street as off-road bikes.
The company was founded in 1934 by Hans Trunkenpolz and Ernst Kronreif. It headquartered is in Upper Austria, Austria. Since 2012, KTM has been the largest motorcycle manufacturer in Europe for four consecutive years. Globally, the company is among the leading off-road motorcycle manufacturers. In 2016, KTM sold 203, 423 motor vehicles worldwide. KTM began in motor sports comprting in motor cross racing. KTM won its first championship in 1974 when Guennady Moisseev claimed the 250cc Motor cross World Championship.
These are the world best bike manufacturer company,
Comment your experience and share if needed.