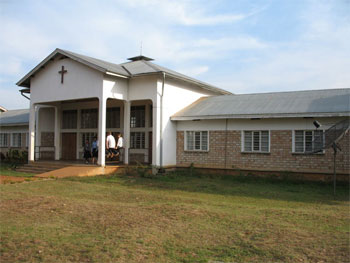 The Josiah Kibira University College (JoKUCo) of Tumaini University Makumira is located in Bukoba Rural District 8 km North of Bukoba Municipality in the Kagera Region of the United Republic of Tanzania.
JoKUCo is a Christ centred University College focusing all its programmes through the guidance of and obedience to the Word of God and by conducting and promoting higher education, learning, research, through scientific fact-finding and enquires, to all students and staff without discrimination.
The Josiah Kibira University College of Tumaini University Makumira was born out of a decision taken in August 2008 by the Synod of the North-Western Diocese of the Evangelical Lutheran Church in Tanzania (ELCT) governed and administered in accordance with the provisions of the constitution establishing it. The question that could be posed is why should the University College be named after Josiah Kibira?
The late Rt. Rev. Dr. Josiah Kibira1, (1925-1988) was one of the great teachers, educators, religious leaders and one of religious ecumenical personalities. He served as a teacher during the colonial times but under a voluntary education agency, becoming also the first African deputy head-master of a mission secondary school from 1955 to 1957; pastor (1960-64) and eventually he was elected and consecrated as the first African Bishop of the North-Western Diocese (1964-1985). He was elected to be the president of the Lutheran World Federation (LWF) as its sixth president – first from the African continent – in the years 1977 to 1984. He made a remark-able contribution to the diocesan spirit of offering social services as far as educational, health and diaconal services are concerned. It is because of his concern to the development of humankind mentally, spiritually and materially that JoKUCo bears his name.
JoKUCo has two faculties, Faculty of Science and Technology and Faculty of Arts and Social Sciences. Through these faculties, the University College offers various academic programmes leading to the award of certificates, diplomas, undergraduate and postgraduate diplomas and degrees.
The main goal of JoKUCo is to be a centre of excellence in providing quality education, not only at university degree level as from 1st degree up to PhD – level later or in research and consultancy activities only but also through training in short and long-term courses and tailor made programmes, certificates and diplomas.
JoKUCo also aims at functioning in a sustainable manner both financially, environmentally and in our relationship to the surrounding community.
VISION AND MISSION STATEMENTS
The Mission of the University is:
The Vision of the University:
JoKUCo is a University which