The origin of the College of Business Education (CBE) is closely linked to the history of the Nation itself. It was soon after Independence on 9th December 1961, that the newly independent state found itself in need of trained personnel to Commercial and Industrial activities. At that time there were very few nationals with commercial education and expertise. The need to train nationals for the commercial sector therefore gave birth to a business training institute in the country.
His Excellency, J.K. Nyerere, the first President of the United Republic of Tanzania officially opened the new College in Dar es Salaam – January 1965. The College was officially named the “College of Business Education” (CBE).
Over the years the College has grown in size and a second campus was opened in Dodoma in October, 1983. This campus was also officially opened by the then President Mwalimu J.K. Nyerere. The College opened another campus in Mwanza in December, 2007. Recently, in 2013 the College established another campus in Mbeya which currently offers Ordinary Diploma and Basic Certificate courses.
The number of programmes has increased from one (1) in 1965 to ten (10) in 2018. These programmes are offered in Postgraduate and Undergraduate levels across all campuses. Currently, the College has enrolled a total number of 6740 students in all Campuses.
CBE Vision
To be a dynamic, well equipped, world-wide known and recognized center of excellence in competence based training, research and consultancy services in business and related disciplines
CBE Mission statement
To provide high quality demand-driven competency based education through training, research and consultancy services in business and related disciplines
College logo 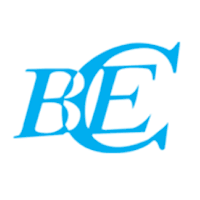 • Academic Freedom
the College is independent and cherishes and defends free inquiry and scholarly responsibility.
• Advancing and Sharing Knowledge and Skills

The College supports scholarly pursuits that contribute to knowledge and understanding within and across disciplines, and seeks every opportunity to share them broadly.

• Excellence
the College, through its students, staff, and alumni, strives for excellence and trains students to the highest standards.
• Integrity
the College acts with integrity, fulfilling promises and ensuring open, respectful relationships among its stakeholders. CBE abides with ethical code of conduct and respect for laws.
• Mutual Respect and Equity
The College values and respects all members of its communities, each of whom individually and collectively makes a contribution to create, strengthen, and enrich teaching and learning environment.
• Public Interest/ Customer Care
The College embodies the highest standards of service and stewardship of resources and works within the wider community to enhance societal good satisfaction.